6 Amazing Travel Experiences You Have to Have 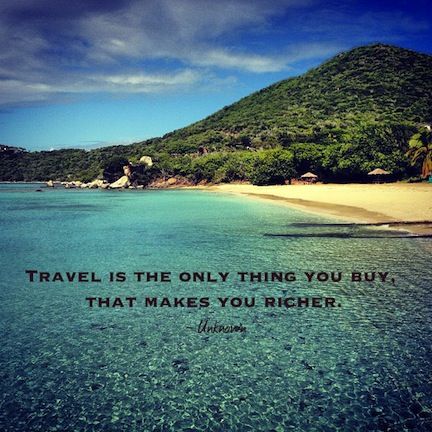 Don’t we admire people who just leave everything including their well-paying jobs to go and tick off their travel bucket list? Yes, we all do and somewhere hope to do the same. But alas, not all of us can just let go. For most of us, it might take years or even decades to visit places we only dream of right now but there’s no harm in adding up beautiful places to the list.

There are innumerable places to visit and witness life-changing experiences and half of the battle is won when you know where you wish to go. So here goes

A terrestrial hot spring located on the North Island of New Zealand formed by a hydrothermal eruption some 900 years ago, the name derives from the abundant carbon dioxide flowing that causes bubbling like champagne. The unusual color it gets is from the mineral deposits and as the temperature of the water is around 163 degrees Fahrenheit swimming is just not recommended.

La Casa delArbol in Banos, Ecuador is nicknamed “the end of the world”. Get some kicks when you swing over a deep abyss below the crater of Mount Tungurahua, an active stratovolcano. The swing is attached to a tree house that actually is a seismic monitoring station.

This UNESCO World Heritage site is simply breathtaking. The heavily forested Plitvice Lakes National Park is located in Central Croatia at the border of Bosnia and Herzegovina. Take a walk amongst 16 tumbling crystalline lakes and a series of cascades and waterfalls of mineral-rich water.

Looking for thrills that give you the chills? How about getting up, close and personal with a crocodile? Did you know crocodile has four times the bite pressure of a great white shark? You can experience this thrilling expedition in South Africa where you can go crocodile diving in the river Nile in a bite-proof cage.

Heard about the “World Cup of Wildlife”? The great migration of more than a million wildebeest, 500,000 gazelles and 200,000 zebras from the Serengeti National park in Tanzania to the Maasai Mara National Reserve in Kenya is one of the greatest wonders of the world. It takes place from July through October and there’s only one word for the migration, immense. Animal stampeding, leaping into rivers, honing in on the prey, giving birth and if you are lucky enough you stand a chance to witness this mass migration during a safari.

The Jomblang Cave in Yogyakarta is well-known amongst cave and nature enthusiasts. It is thousands of years old and is a magnificent natural setting. Its opening is about 50 meters in diameter and cagers can descend as far as 80 meters down it. What you will find at the base of the cave are beautiful rays of light shining in as well as lush vegetation.